find out more about us 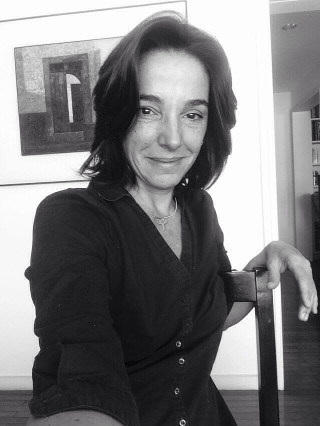 Anna Vianna graduated as a Conference Interpreter from the Catholic University of Rio de Janeiro in 1996, and as a Translator, in 1998. Working professionally as an interpreter and translator since then, Anna Vianna opened Simultânea Ltda in 1998, having her sister as partner. Her working languages are Portuguese, English, and French.

Anna Vianna also has a BA in Biology, and a MA in Biophysics, at the Federal University of Rio de Janeiro, having done part of her research in Paris, at the Université Paris VII, Institut Jacques Monod.

Since 2006, Ms Vianna has worked for the IMF, having done more then 25 missions abroad for the Fund, and worked during the Word Bank and IMF Annual Meetings in Washington, Singapore, Istanbul, Tokyo, and Lima.

Ms Vianna is the official voice for the Oscar Ceremony transmission at the main Brazilian broadcasting company, Rede Globo, having been highly praised in media for her good work.

Anna Vianna is a member of major national and international interpreter and translator’s associations (www.apic.org.br , www.sintra.org.br e www.aiic.net). Born and raised in Rio, Anna Vianna has two children and is an amateur triathlete. 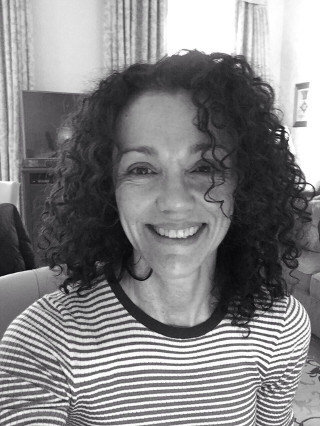 Branca Vianna has interpreted professionally since 1990, working with Portuguese, her native language, English and French. She has also been an interpreter trainer at the Catholic University of Rio de Janeiro, (PUC-Rio) since 2005.

Ms. Vianna has a BA in Languages and Conference Interpreting from the Catholic University of Rio de Janeiro, PUC-Rio (1988), an MA in Linguistics from University College London, UCL (2003), and an MAS in Interpreter Training from the Université de Genève, ETI, Ecole de Traduction et d’Interprétation (2010).

She belongs to the major interpreter’s associations, both national and international (www.aiic.net , www.apic.org.br , www.sintra.org.br, abrates.com.br) and is an active member of the International Association of Conference Interpreters (AIIC), based in Geneva. In 2013, she was elected to the Association’s Training and Professional Development Committee.

The interpreter sits in a booth, listens to the speaker in one language through headphones, and immediately speaks their interpretation into a microphone in another language.

The interpreter is in the same room as the speaker and follows their speech while taking notes before presenting their interpretation.

Liaison interpreting refers to the activity of accompanying one or more people who do not speak the language of a country and assisting them in a relatively informal context.

Some of Our Clients 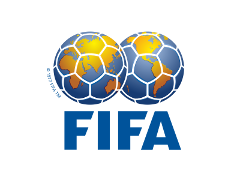 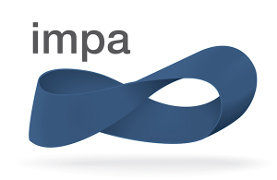 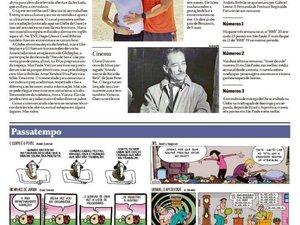 Oscar presenters talk about the transmission 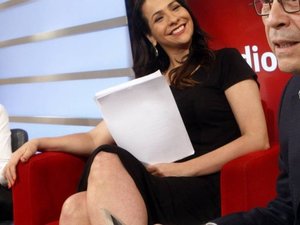 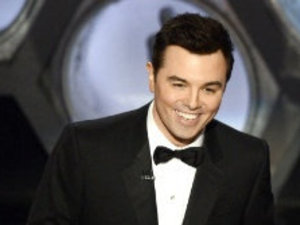 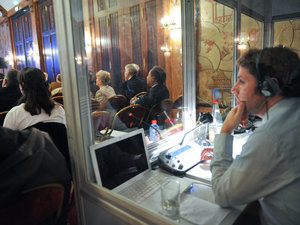 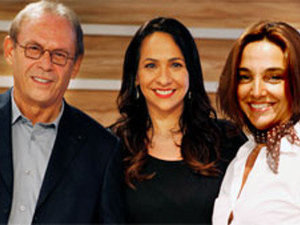 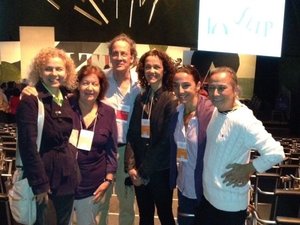 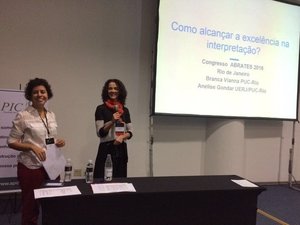 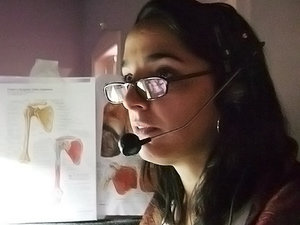 Anna Vianna in a medical conference 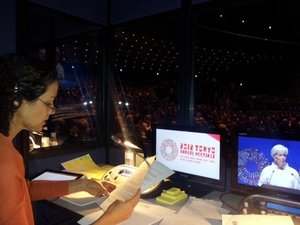 Branca Vianna during the IMF/World Bank Annual Meeting in Tokyo 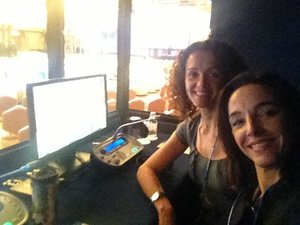 Partners Anna and Branca Vianna at an IMF meeting 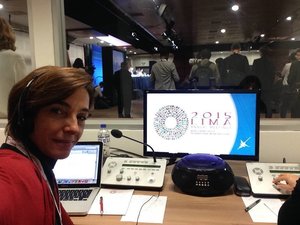 Anna Vianna during the IMF/World Bank Annual Meeting in Lima 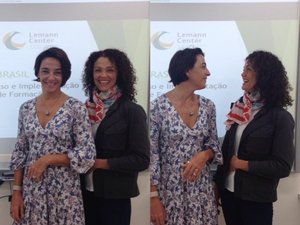 Partners Anna and Branca Vianna during a Lemann Foundation event 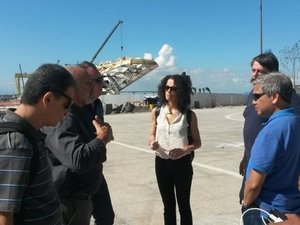 Branca Vianna doing liaison interpreting at the Museu do Amanhã